Skip to content
By CheahPosted on May 15, 2016Posted in An Arrow Against, UncategorizedTagged Game Development, GamerGate, Games, Science Fiction, SJWs

On the 12th of May, gaming review website Polygon released a 30-minute gameplay video of DOOM. To call it horrible is an understatement. The player’s performance is embarrassingly abysmal, quite literally on par with someone who has never played a first person shooter on a console before. It’s as though the concept of aiming, moving and shooting […]

FLASHPOINT: TITAN has been nominated as a Hugo Award finalist, and I am proud to accept.

Ghost in the Shell was among the first animes I have ever watched, and among the first sci fi manga I have ever read. Even today, its themes, aesthetics, technology and design language influence my writing and worldbuilding. When I learned of Scarlett Johansson being cast as Major Kusanagi Motoko for the live action adaptation of Ghost in the […]

The recent furore over Blizzard’s Overwatch and Beamdog’s Baldur’s Gate: Siege of Dragonspear illustrates two very different approaches to game design and response to criticism. Blizzard’s Overwatch is an upcoming multiplayer first person shooter. The original controversy began when people complained about a victory pose employed by the game’s first revealed character, Tracer, claiming that it […] 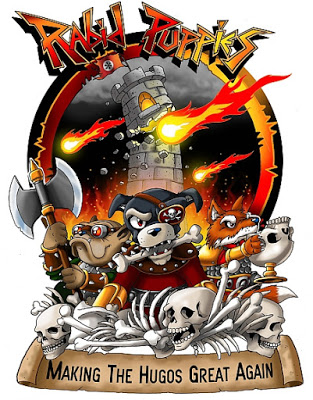 Yesterday Vox Day released a list of personal recommendations for the Hugo awards, which of course is not a call for a block vote, and recommended me for the Campbell Award for Best New Writer, and Flashpoint: Titan for Best Novelette. I am greatly honoured to accept such praise, and am deeply humbled by the fact that there […] 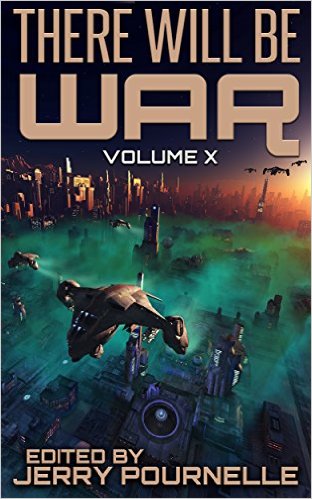 Nick Cole published this post detailing how his publisher rejected his latest book on grounds of being ‘offensive’. That is to say, the publisher decided that a single short chapter that outlined the antagonists’ motives was so offensive, the chapter needed to be rewritten or the book would not be published. Cole elected to publish through Amazon instead. This […]

My publisher thought that Flashpoint: Titan was so worthy of merit, he wants to nominate me for the John W Campbell Award for Best New Writer. I am honoured that he holds me in such high regard. Honour demands that I remain silent on my work, but if you believe that my story is truly worthy of the […]

The cult of social justice strikes again. Social Justice Warriors have launched a whisper campaign to purge the works of John C. Wright, Larry Correia, Brad R Torgersen and Michael Z Williamson from science fiction and fantasy bookstores in Toronto. All of them have been accused of making homophobic comments. Only Wright has made remarks that could be […]

Castalia House recently concluded a series of posts on paedophiles in science fiction. (Part 1 here.) Drawing on testimonials, newspaper reports and oral statements, the expose accuses a number of high-profile writers as sex predators or defenders of sex predators. The series makes for morbid reading. It includes descriptions of outrageous sexual violence, exploitation of […]